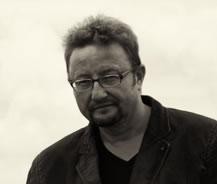 "I am hugely influenced by my local landscape. Living on the edge of the Cambridgeshire fens everything is dominated by the huge skies and endless horizons. There are large empty vistas punctuated by just the trains of telegraph poles or the odd church spire. Dramatic sunsets amplified by the flat skyline are reflected in the wetlands, doubling the effect. Heavy stormy skies become even more threatening due to their sheer size. All of this has provided me with a wealth of reference material to draw upon.

I am fascinated by the atmospheres of places rather than their mere geography. I've never been a picture postcard painter, I am more interested in how certain places make you feel, what kind of feelings they evoke. It's the same with my other source of reference, the huge empty beaches of Norfolk, especially in the winter when it feels as though one is the only person on mile after mile of sand. You feel almost overcome by the power and drama of the storm blowing in from the sea.

These are the ingredients I try to portray in my work, a feeling of the power of nature, be it the romantic drama and intense colours of sunset, or the charged anticipation of an impending storm. That is why the paintings of Turner have been such an influence, especially his later works that depict such power. His portrayal of light is something I can only ever try to emulate." 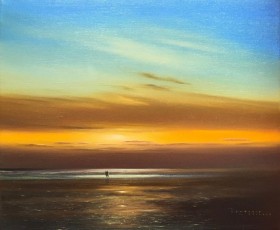 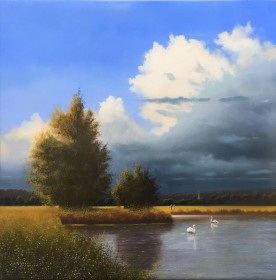