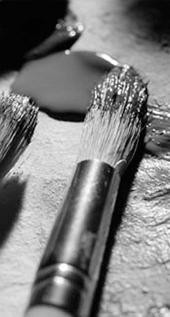 Enrique Martinez was born in the old Costa Blanca town of Cocentaina in 1953. He started to paint at very young age, obtaining several awards and accolades as a highly talented teenager. He went on to study painting and drawing at the Fine Art School in the nearby city of Alcoy moving on to the Universidad de Alicante.

His mesmerising oil paintings depict tranquil shores inspired by the beaches of his home, populated by serene groups walking beneath the big open skies. His unusual approach to these scenes has led him to use pastel shades and subtle details rather than to work with a more conventional palette of vibrant colours, and this stylistic decision lends a certain mystique to these beautiful and engaging images.

Enrique has participated in numerous exhibitions and competitions across Spain and has built an impressive array of awards. His work can be found in both private and public collections in Europe and United States. 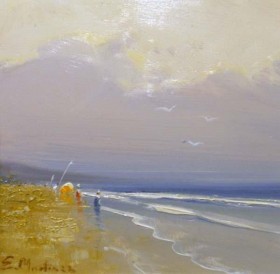