Wendy Reeves was born in Ewell, Surrey and is the oldest of five children. Her father, Gordon, was an accomplished artist and for as long as she can remember she wanted to paint and follow in his footsteps.

Her talents, however, did not really surface until 1965; whilst holidaying in Spain she made the decision to paint seriously. On her return to England she turned professional and found that she could not satisfy the demand for her work.

For the next six years she travelled extensively throughout the British Isles painting and gained reference for her highland and Lakeland scenes.

She lived in London and Sussex before moving to East Anglia, where she has lived for the past fourteen years.

Her art work can be found exhibited in leading galleries throughout the UK. It has also been reproduced on many gift cards and published as limited edition prints. 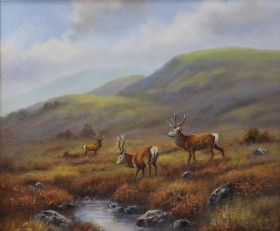 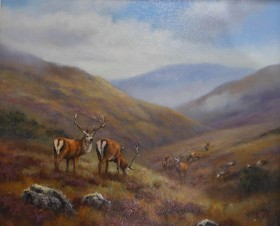